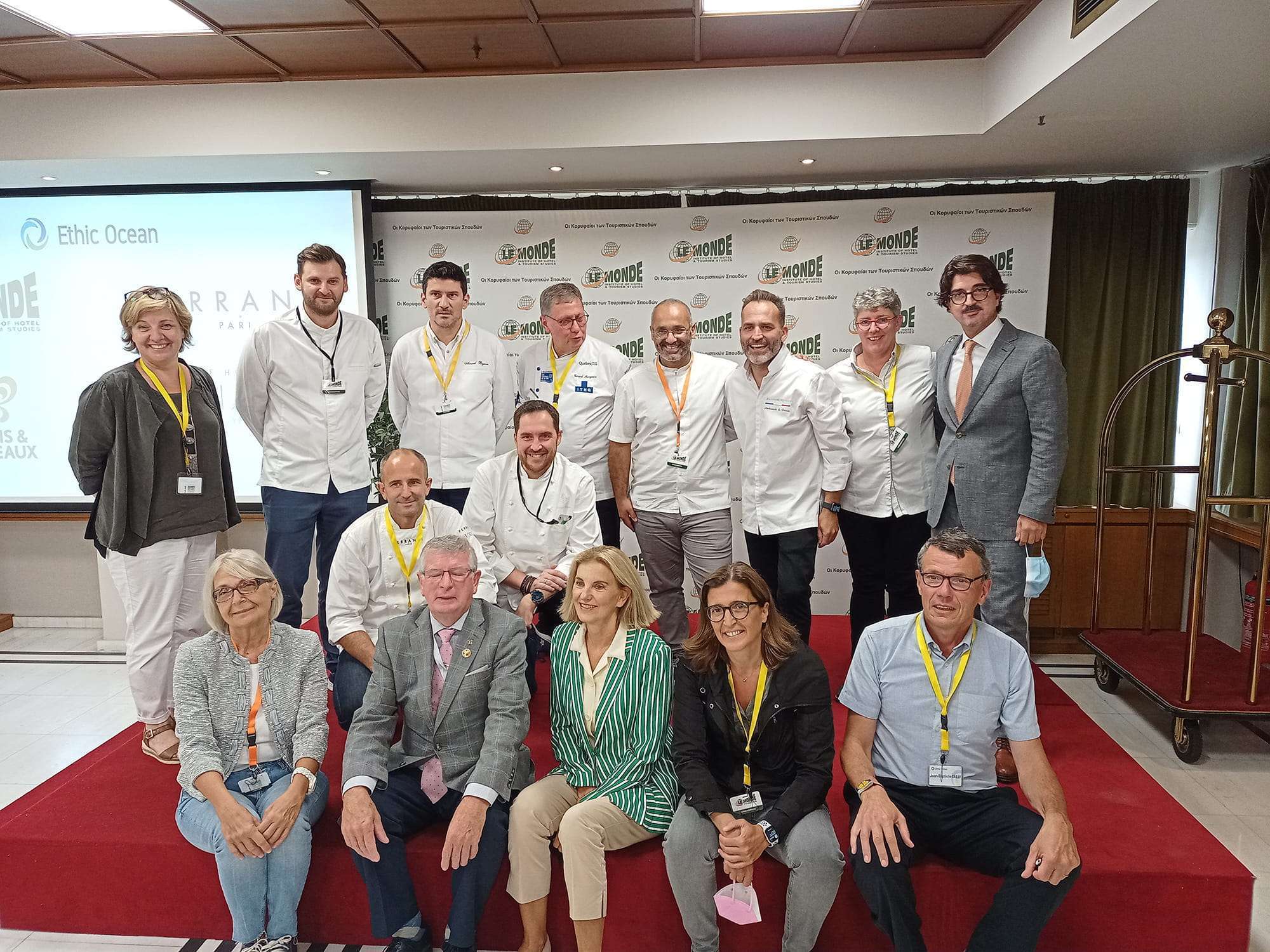 Represented by Communications Director Mrs. Ismini Bogdanou, HAPO was part of the judging committee in the international cooking competition “Olivier Roellinger for the conservation of marine resources”.

The 10th iteration of the competition was hosted by Le Monde, in Athens, on September 9th. Young culinary students from Greece, Cyprus, Portugal, and Slovenia applied their gastronomic talent and their commitment to protect marine resources.

The goal of this year’s competition was to raise awareness and inform future chefs and hospitality professionals on fishing resources, and their role in the industry, guiding customers towards choosing species that are not overfished.

The competition had the adrenaline flowing and ultimately the prize was awarded to a contestant from Cyprus who proposed a recipe for lionfish, a non-native species that has invaded the Mediterranean.

“Another well planned event at Le Monde. Today’s students, the chefs of tomorrow, are the ones who will set the new global food trends. Choosing the right raw materials by considering the impact of their choice on the marine ecosystem is very important. Aquaculture fish is a conscious decision and the only solution to overfishing.”

The young students, a delegation of Dinard students from France, and Le Monde executives, were hosted at the French Embassy in Athens, in view of the competition’s 10th anniversary. HAPO was represented by Mrs. Lara Barazi, member of the Board of Directors.