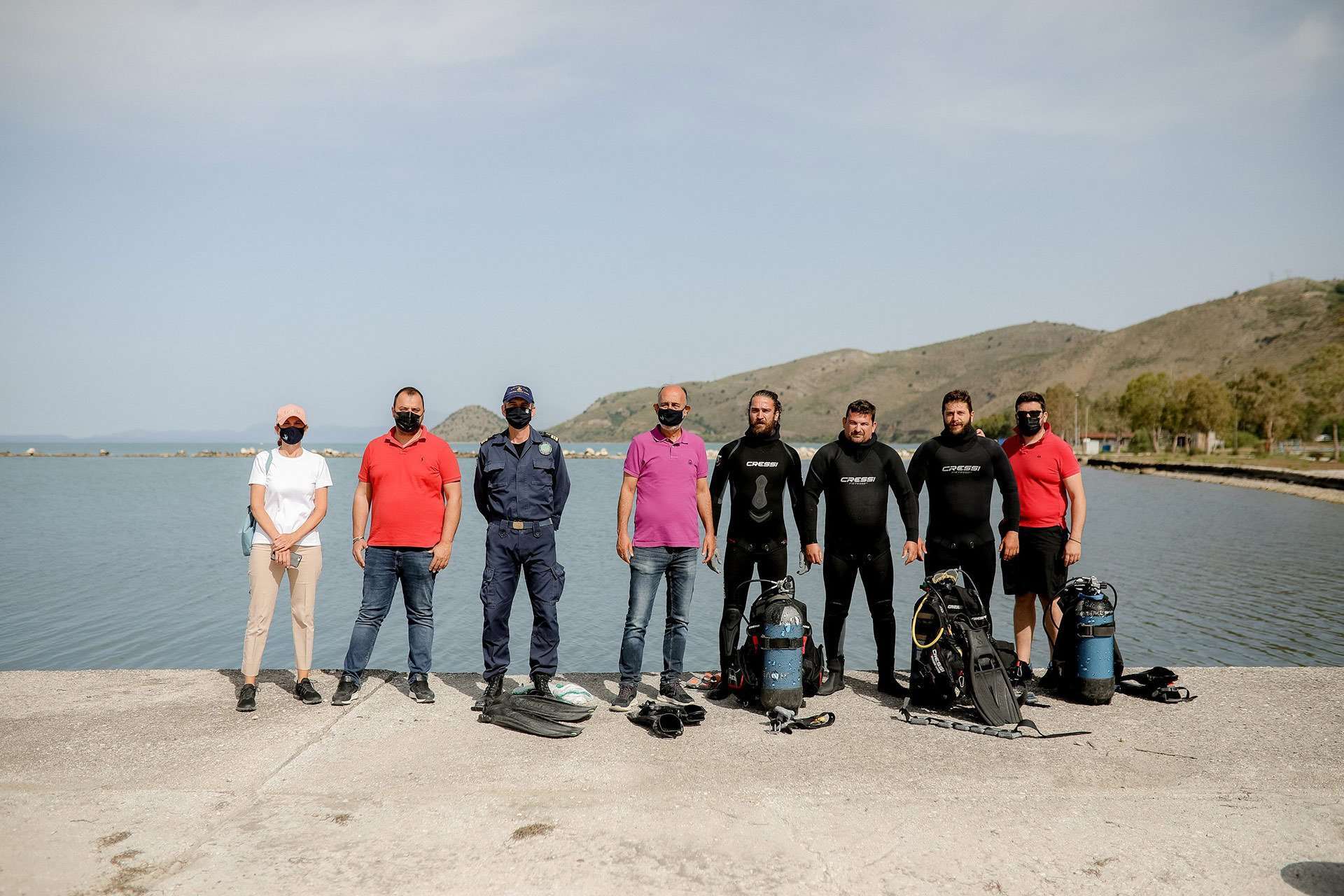 HAPO organizes the Sagiada port cleanup, in collaboration with the Filiates Municipality.

On May 25th, 2021, the Hellenic Aquaculture Producers Organization (HAPO) ran its third volunteer seabed cleanup, this time in the charming Sagiada port, located at the westernmost point of mainland Greece.

The event was held in partnership with the Filiates Municipality, and volunteers from the Marinetech Underwater and THETIS diving groups. With active participation from local fish farm-HAPO Member volunteers, we completed our core objective to help improve and protect marine life and biodiversity, as well as promote the area as a tourist destination.

On behalf of the Filiates Municipality, the event was attended by Vice Mayors, Tsotsis Dimitris and Pantazakos Michalis, and Harbor Master of Sagiada, Kostas Dakouris. On behalf of HAPO, the entire effort was coordinated by Mr. Charalampos Kontonasios, joined by HAPO’s Board of Directors Secretary General, Ioannis Hekimoglou, HAPO’s Director of Marketing and Communications, Ismini Bogdanou, along with other partners.

It is worth noting that, within the span of two months, HAPO has successfully completed two other seabed cleanups – the Agios Thomas port in Preveza, and the Vonitsa port. These efforts are part of a comprehensive Environmental and Social Responsibility program developed by HAPO and its 23 Members, in key areas across Greece where the sector is active, intended at both protecting the ecosystem and supporting vulnerable social groups.