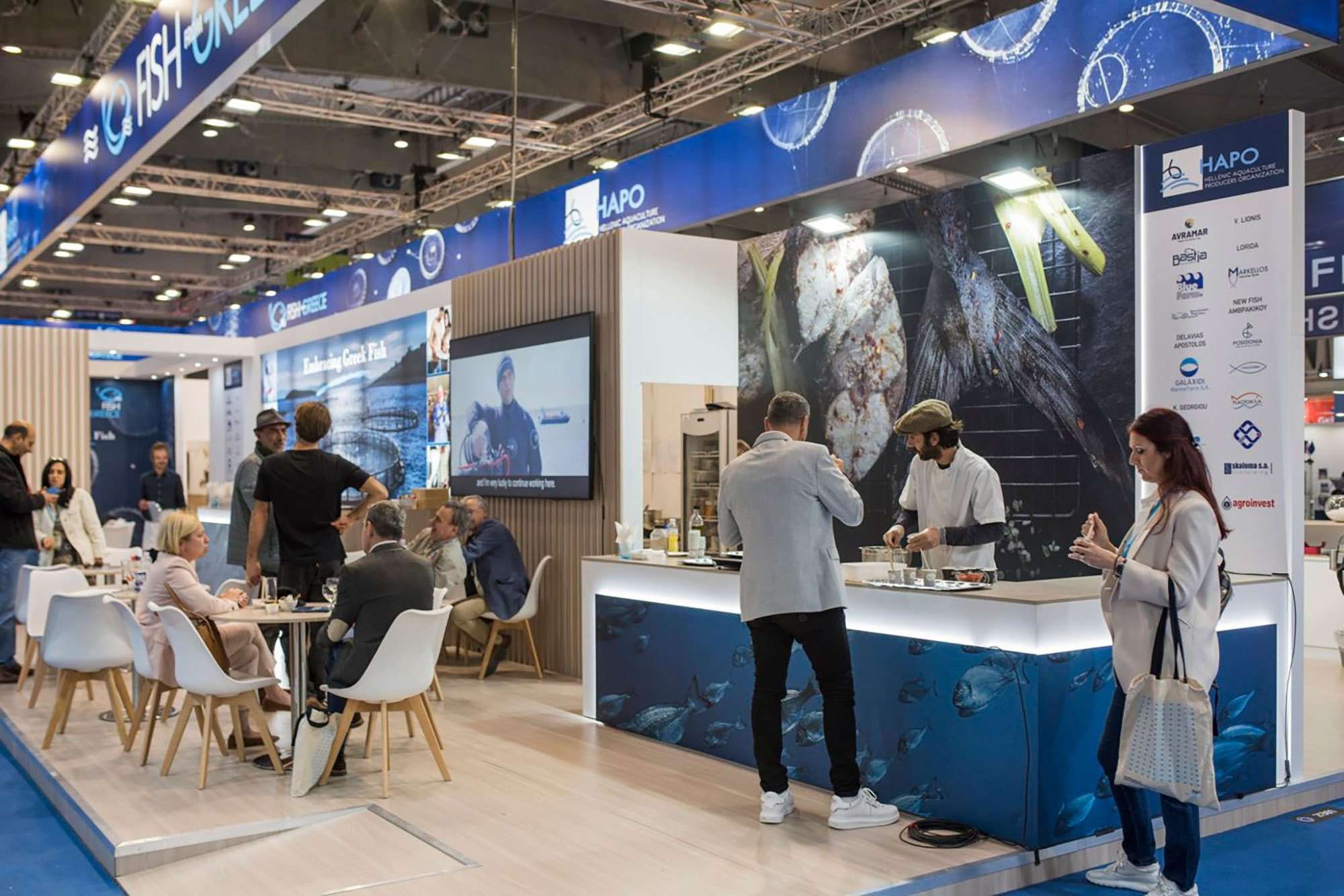 With an extrovert presence and a strong focus on promoting Greek Aquaculture, the Hellenic Aquaculture Producers Organization (HAPO) participated in this year’s Seafood Expo Global, Barcelona, on April 26-28.

HAPO was represented by the Chairman of the Board, Mr. Apostolos Touralias, Vice Chairman Mr. Nikos Liberis, General Secretary Mr. Ioannis Hekimoglou, the Director of HAPO’s Scientific Committee, Mrs. Katerina Lytra, and Director of Communications & Public Relations for HAPO, Mrs. Ismini Bogdanou. Over the course of 3 days, and attended by all HAPO Members, the pavilion became a fish farming hub for entrepreneurs from around the world, who were informed about our country’s most important exporting industry of the primary sector. The head of the Office of Economic and Commercial Affairs of the Embassy of Greece in Madrid, Mrs. Alia N. Papanastasiou, also visited the HAPO pavillion.