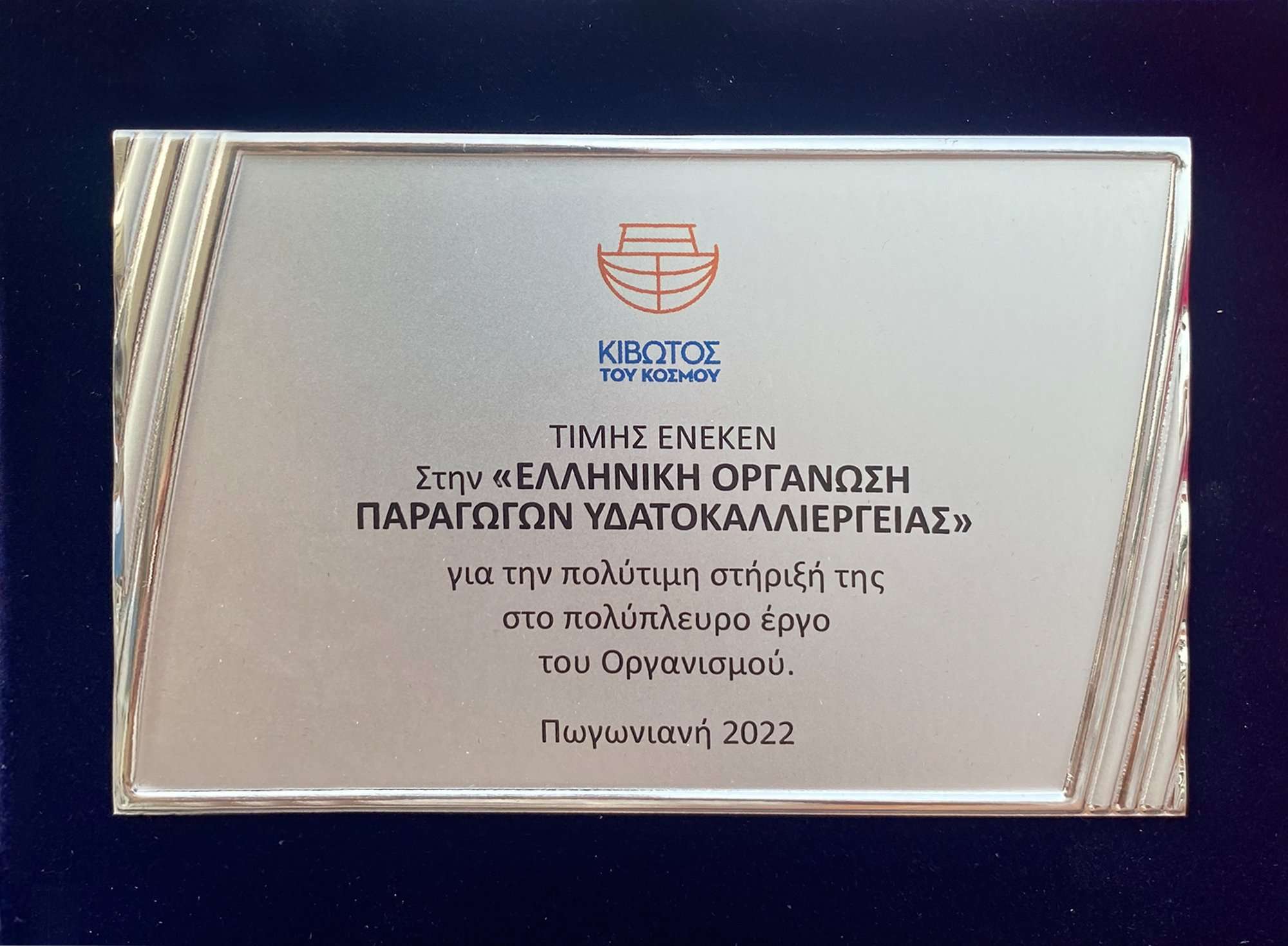 HAPO receives honorary distinction for “Ark of the World” contribution

During a celebration organized by the kids at the home of ARK of the WORLD in Pogoniani to honor the Organization, the families, and the sponsors, Mr. Ioannis Hekimoglou, General Secretary for HAPO, received the honorary plaque for HAPO’s support.

Present at the event were Father Antonios, priest and founder of the Ark of the World, the Organization’s governing body, local authorities and sponsors who also received honorary plaques for their contribution.